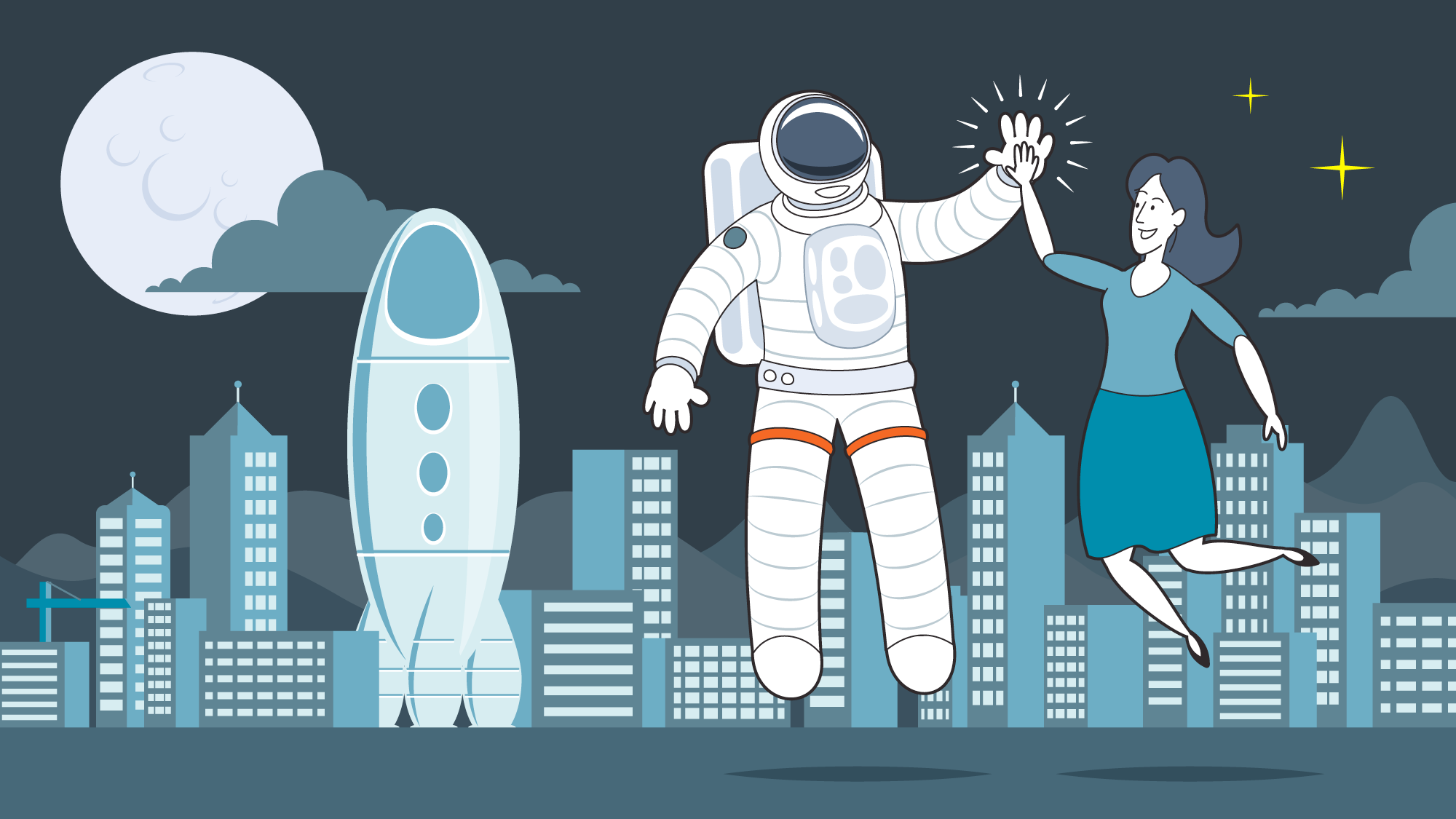 The moon landing is one of the greatest events in recent human history. Even after half a century, it is still an example of radical thinking and implementation and thus a model for many innovation projects.

What is it that companies can learn from the moon landing?

“Moonshot thinking” describes the concept of an almost seemingly crazy approach to achieving difficult and unimaginable goals. “Moonshot” has become synonymous with a task that is meant to fulfil a great meaning.

Moonshot ideas are extraordinary ideas that really make a difference. They are so big that they excite and inspire people and they deal with problems that seem unthinkable and impossible to solve at first glance. At second glance, however, they are quite feasible and not just science fiction. Kennedy made an assessment of the underlying technological trends before his famous speech to ensure that the goal had a reasonable chance of success.

In the article Future-Proof Your Business With Moonshot Thinking by Anthony Scherba, it says: “Any business can use moonshot thinking to anticipate change – not to mention brainstorm for more effective ways to develop a new competitive strategy by asking questions like: Is your competitive advantage really sustainable? Will the current strategies in your industry still be competitive in 5 or 10 years? The opposite is when a successful company is comfortable not exploring new ideas because customers are happy with the current solution.

This “moon shot” mentality is, for example, the basis of Google X, which Google founded in 2010 to identify and implement once impossible science fiction fantasies: Self-driving cars, Google Glasses or an artificial brain running advanced algorithms that learns from the world around it, much like humans do.

Of course, not every company is Google, with the resources to fund large-scale research and experimentation.

And yet, Moonshot Thinking can help to take new perspectives, challenge what already exists, and think and do entirely new ways that can improve the lives of employees, customers and society.

To apply “Moonshot Thinking” in the company, we have developed a brainstorming tool. With the visual canvas, teams can design, collect and further develop ideas.

A set of visual elements is also available for collaboration in online whiteboards, which teams can use in workshops to design and build their own moonshot journey, making it easier to communicate the visual result further.

On the occasion of the anniversary of the moon landing on July 20, Big Pictury GmbH provides the canvas as a digital poster and the workshop set of visual elements free of charge.

Under the following link, the documents can be freely downloaded and used until August 31.